As of April 2021, there are new updates to golf cart laws and regulations in the City of Nassau Bay.

Highlights: Golf carts need to have a special golf cart license plate to drive on public roadways. Also, a driver’s license is also REQUIRED to operate a golf cart. 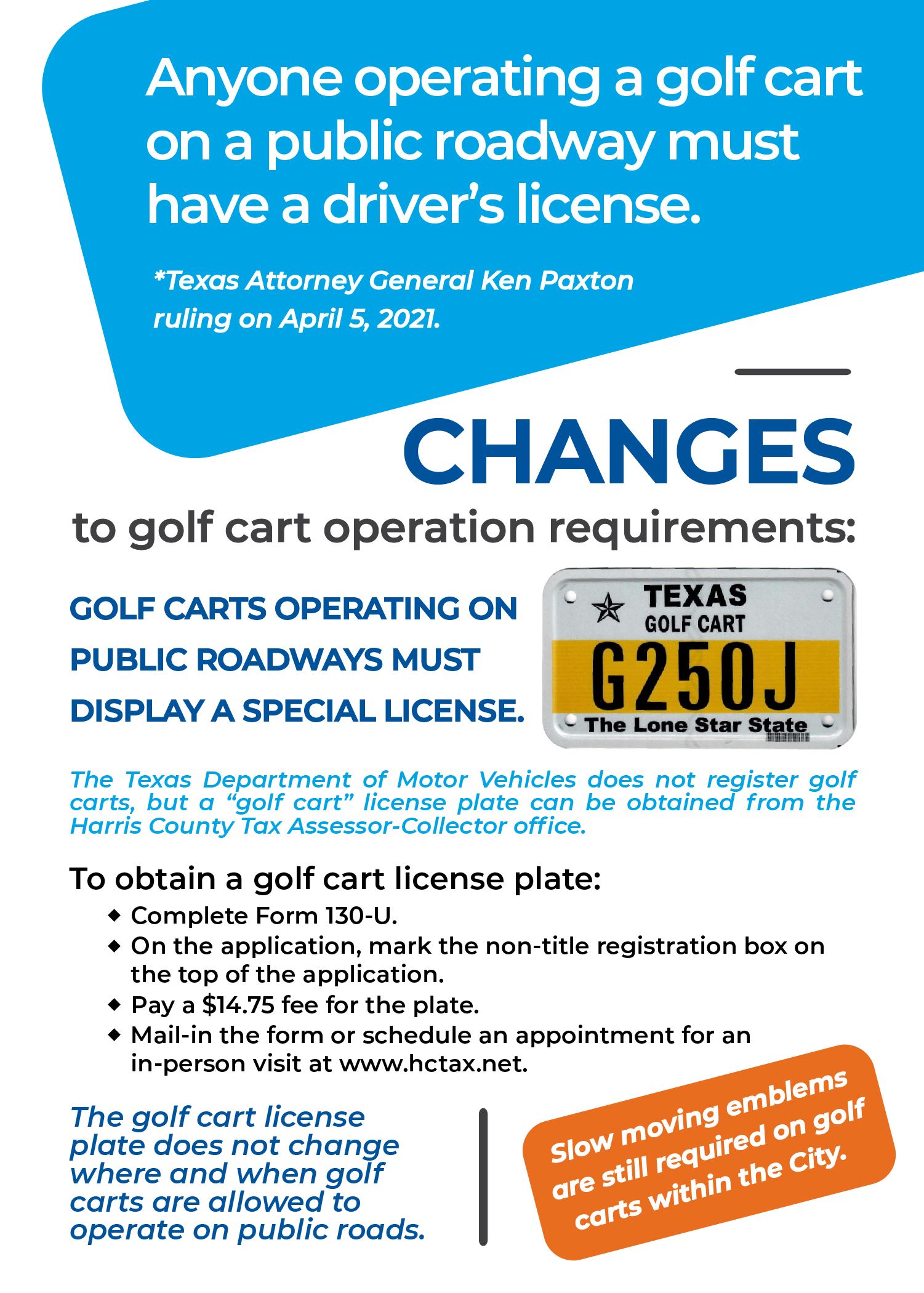 Anyone operating a golf cart on a public roadway must have a driver’s license. (*Texas Attorney General Ken Paxton ruling on April 5, 2021.)

The Texas Department of Motor Vehicles does not register golf carts, but a “golf cart” license plate can be obtained from the Harris County Tax Assessor-Collector office.

To obtain a golf cart license:

The golf cart license plate does not change where and when golf carts are allowed to operate on public roads.

Golf carts must have a minimum of four wheels and operate no faster than 25 miles per hour. Motorized vehicles commonly referred to as ATVs, four-wheelers, mules, and gators are specifically prohibited from use on Nassau Bay roadways and parks.

Golf carts are not allowed to be operated on state highways, which would include NASA Rd 1/NASA Parkway. Golf carts are not allowed to be driven on sidewalks or in city parks, except for park roads and parking areas. No carts are to be driven or parked on the grass areas of the city parks. Golf carts cannot overtake another vehicle in the same lane of traffic and cannot pass between lanes of traffic or adjacent lines of rows of vehicles.

Slow-moving emblems are still required on golf carts within the City.  Each golf cart must have the following working equipment, operational headlights and taillights, side reflectors, parking brake, and rear-view mirrors.