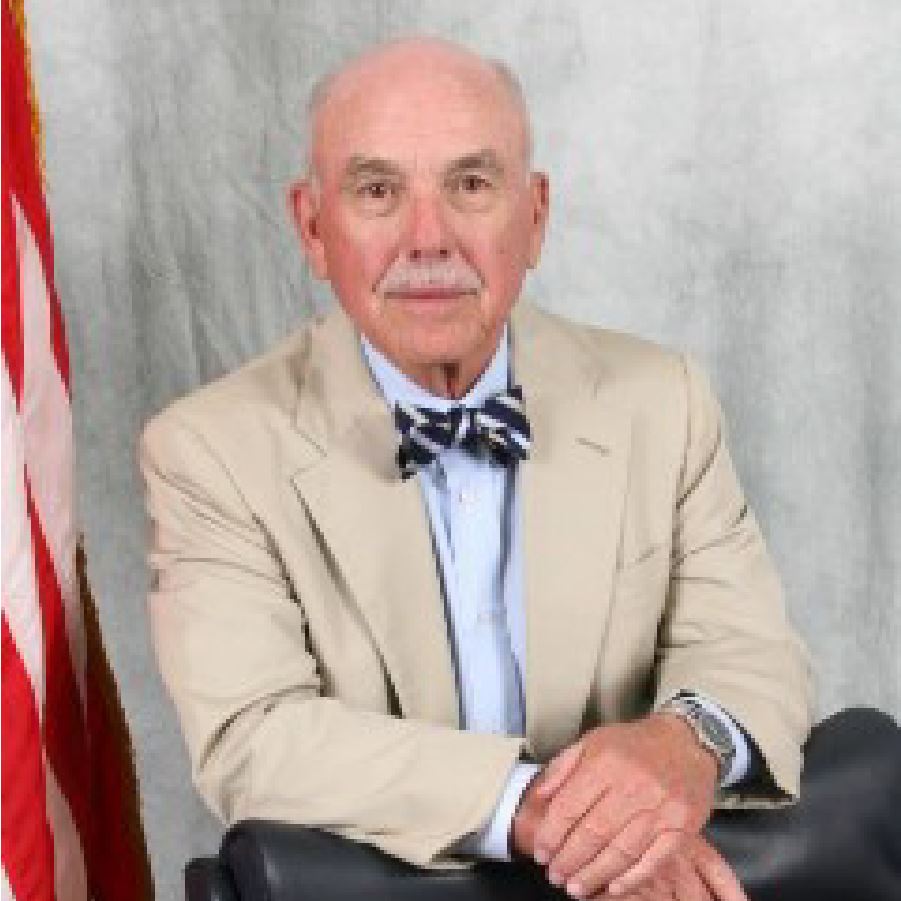 Bob, Sue and their two children moved to Nassau Bay in 1977 upon Bob’s retirement from the US Navy. Bob went to work in the Civil Engineering Department of Brown and Root where he rose to the position of Vice President. His areas of responsibility included the design and construction management of municipal roads, bridges, waste treatment facilities, sewage systems, storm drainage, reservoir management, marine facilities including marinas, and water treatment and distribution systems. He was also responsible for the business aspects of the department that had over $50 million in annual revenue and at times over 500 employees. While on the City Council Bob served on the Nassau Bay TIRZ, EDC, Street, and Infrastructure Committees and several ad hoc committees and before being on Council served on the Board of Adjustment.

Bob wants Nassau Bay to remain one of the premier residential areas of the Gulf Coast. In order to do that we must continually support the police, fire, and EMS departments, seek redevelopment of the commercial areas and upgrade our infrastructure. We need to run our city in a businesslike manner, manage our administrative costs, and find cost-effective ways to provide services thus allowing us to keep property taxes low. We need to look ahead in these financially uncertain times. 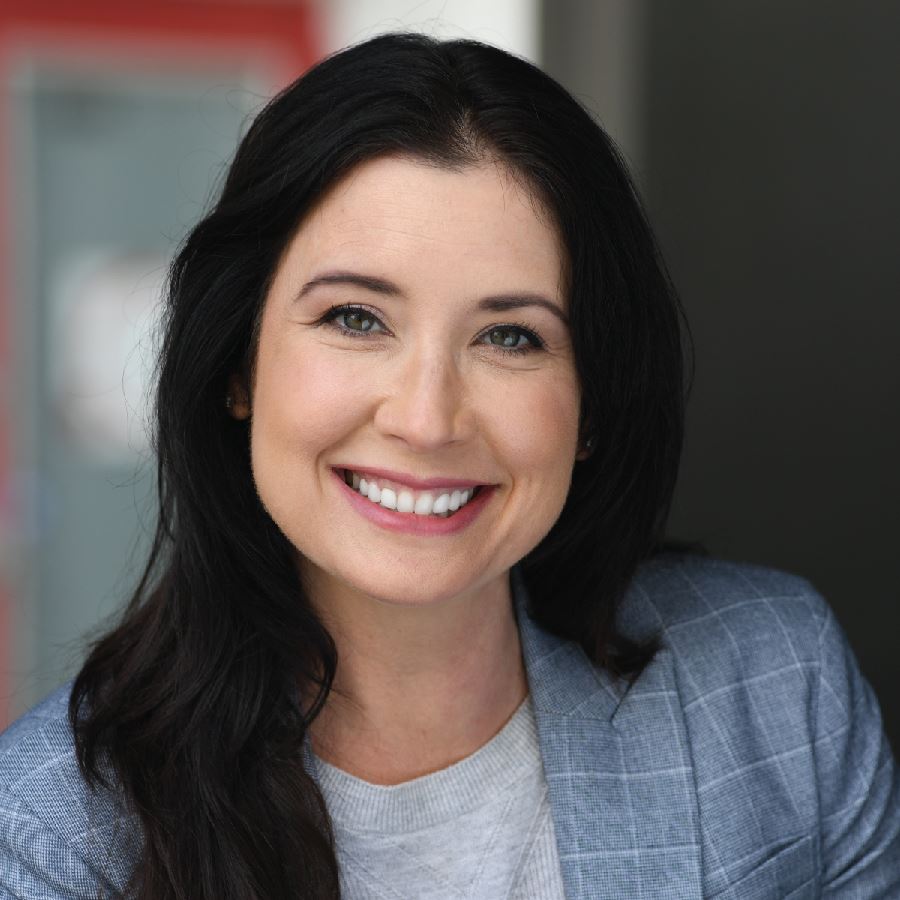 Ashley Graves made this unique community her home in 2009. A member of the CANBE (Community Association for Nassau Bay Enhancement) Board of Trustees, the TIRZ Board, HCMCA, H-GAC, former member of the Board of Adjustment and Parks & Rec Committee, and countless other volunteer efforts in the community, Ashley is honored to serve on City Council. A 6th generation Texan and graduate of Pearland High School, Ms. Graves attended Texas A&M University where she received a degree in Speech Communication. In 2005 she became a licensed Realtor and currently works for Berkshire Hathaway Premier Properties, the largest Berkshire Hathaway brokerage in Texas. Most recently she graduated from the Texas Realtors Leadership Program and is a current member of the Bay Area Political Affairs Advisory Leadership (PAAL). Maintaining and growing property values in Nassau Bay, both residential and commercial, is important to Ms. Graves in her efforts to keep Nassau Bay a highly desirable place to live, work and play.

When not working or active in Nassau Bay, Ashley spends time with her two children Jett and Love. Jett attends Strake Jesuit as a senior and a 4-year member of the Debate Club. He recently started Strake’s first-ever E-sports team and will become an Eagle Scout this spring. Love is a 7th grader and aspires to be a professional soccer player. Additionally, Ashley works in on-camera acting with Beaz Talent is excited about the re-launch of Nassau Bay Television where she has filmed many segments for our community. 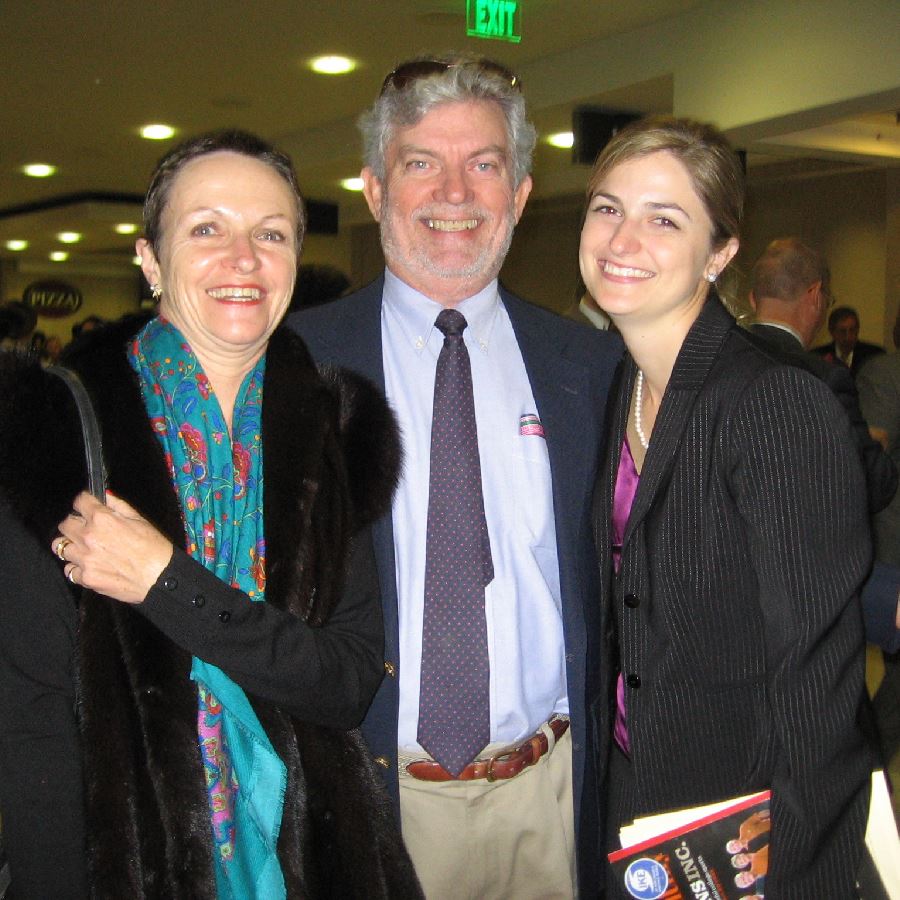 Cathy and I moved to Nassau Bay from West Houston over five years ago. We were impressed with Nassau Bay and decided that it would be the ideal area to live. We would be next to our daughter Sarah and our three little grandchildren. I was quite happy to get out of the City of Houston.

The City has improved our neighborhood by improving and maintaining the parks and stormwater drainage system after the last big water event. The work that has been done by our current city management team has been good. There is still more renovation and upgrading that needs to be done in those & more areas. In order to preserve and increase all of our property values, we need to start looking at the homes in our neighborhood that have not been maintained properly. There are a number of properties, mostly rentals and vacant homes, which have exterior maintenance issues that include landscaping mowing & trimming neglect. Distressed homes do not enhance the surrounding property values. The City has been trying to address some of these problem areas, but also could use a great deal more forward and aggressive planning and action.

1965 to 1970
Chemical Engineer
Department of Defense

Jonathan and Stacey moved to Nassau Bay in 2006 and immediately felt at home. Jonathan joined the fire department that year, and served the City during Hurricane Ike (2008) as a member of the NBFD ride-out crew. He was elected to City Council in 2011, and served four successive terms. During his time on Council, areas of particular interest to him included economic development, public safety, and fiscal responsibility. A true fiscal conservative, he holds distinction as the only candidate for Mayor who served on Council and never accepted the offered monthly stipend for his services (he always directed it to remain with the City).

His main priorities as Mayor will focus on public safety, fiscal well-being, and infrastructural maintenance and upgrades – all for the overarching purposes of keeping our property taxes low and our quality of life high.

In his private life, he runs a small law firm. Additionally, he sits on the legal advisory board of a technology start-up, and is an investor in a virtual-reality gaming technology company. He and Stacey live with their two daughters, Kate and Isabella, and their two rescue dogs, Kai and Auggie.